This is something rather different to previous entries, and a bizarre debut EP from a collective that literally loves to sing about Meat, in case this wasn't clear by the band and release name.

This is a rare first demo by F&W, which isn't even acknowledged on their official Bandcamp. The full track listing on Discogs shows 4 additional interlude tracks, but they seem to be woven into the Six on here. This is an odd release, I can't mince my words (Pun intended). I'm pretty sure it's not entirely serious either, but for fans of EBM, It has danceable hooks to it and isn't entirely terrible.
The vocals are rather interesting. Imagine Rummelsnuff shouting "Dance" over a caustic hook dedicated to Grilled animal products. Yep. Download after the jump, If you really want to. I'm off to Fry a kilotonne of Bacon.

Artist : Vampiric Dominium
Album : Rehearsal Demo MCMXCVI
Format : Tape
Genre : Black Metal
Year : 1996
Label : None
Country : Puerto Rico
Bitrate : 224
Well, this one appeared on a few requests and wishlists lately, so happy to oblige.  This rip is taken from the 1996 original, not the aborted re-release a few years ago.

For a group of the time, and obscure location (comparatively, at least, to it's Mainland and European ilk), this demo is a charming little number. It's produced a lot better than the zeitgeist of second-wave bm, and the recordings each sound unique and inspired. 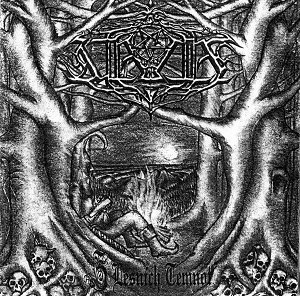 Artist : Urna
Album : Z Lesních Temnot
Format : CD
Genre : Black Metal
Year : 2003
Label : None
Country : Czechia
Bitrate : 320
This band has 3 total releases, and I couldn't find any thing online except the cursory archiving sites mentioning it and a very unfulfilling Discogs page. This is the third and final demo by Urna, and it has a very unusual sound.
The Guitars are played at an unusual tone, with a bass solo in the first track. The bass is very heavy on this release, and I really cannot explain why, but I really like this material.
Hopefully, you will too.
Oh, if anyone happens to have either of the other two releases, please reach out to us.
Download link after the break.
Download Link
No comments:
Labels: 2003, black metal, cd, czechia

Shieldmaiden - Tomb of the Forgotten Prophet


Something different now, a themed DS release from Lichtung, limited to only 20 cassettes.
The label material often stands understated beneath low production and tape hiss, but this seems to have been boosted to be more audible. It's leaning a little more towards Ambient than DS, but the label marketed it as DS, and I can see why.

Nice little treat for fans of such. Download link after the break.

So, I picked this up at a local record store for 2 EUR, thinking it was some sort of obscure Pagan metal (looking at the title, can you really blame me for that misunderstanding)?

This is actually some sort of Punk from the 1970s with a Medieval thing going on, which is kinda awesome. As for the band? Apparently formed in 1977 and made it big when they appeared in a Sex Pistols movie. The group is still going today, but is not too popular, apparently.

That maybe because the singer appeared as the host on some weird 90s gameshow (See youtube).
This is quite good, though, the title track is some sort of anthem about fighting, with typical thuggish chants. It's also very catchy and melodic.

The B-side "Love and Food" is really unusual, it's about meeting a lady during a feast and declaring that she will "be mine" as she loves Jelly. Not sure if I like it or not.
Who knew Chainmail Punk was a theme?

Anyway, it's my first time ripping vinyl in a while, it is slightly warped, but that's the record as the stylus and deck is brand new. 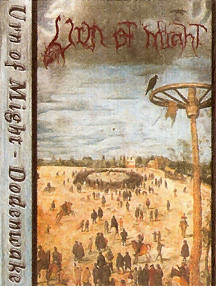 A nice little surprise arrived today; this is Progressive Doom Metal from Belgium. Released in 1999, this is the first of two Urn of Might demos. The band is best known for being one of numerous projects of K De Leener.

Musically, this is surprisingly good, although the production is abysmal and sounds almost flooded at times, the clean sections often stand out and bring a pagan metal influence to the recording, never made as obvious as it is on the first track "In the Garden of Black Roses".

Really unusual and obscure release, well worth checking out. If anyone has the second tape... 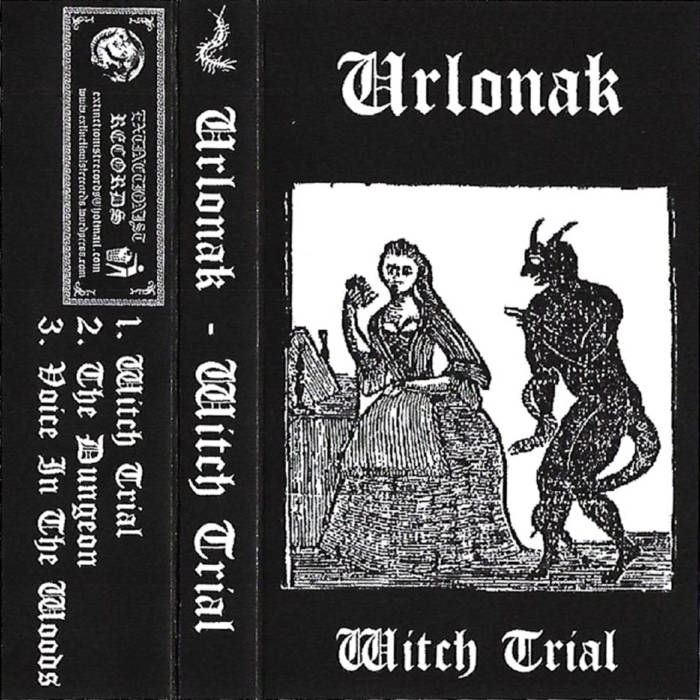 Nice Salem-themed demo from a promising label and project. Black metal with slower drums and guitars, deeply guttural and entombed vocals which occur infrequently.
General feeling of despair and futility, entirely in keeping with the concept here. Recommended.

Not prepared to attempt a favourite track at 10 minutes in length and just two untitled efforts to present, fortunately the sole release by Urn Burial justifies it's manufacture in ways above the generic first impression.

It's the kind of black metal that has memorable guitar riffs you can almost hum along to, and performs them ad infinitum to secure the listener succumbs to a trance-like state. It's certainly DIY/Garage Band in areas, and it surprises us that the band name hasn't been done before as it's about the most gothic / doomy thing we've ever heard.

We like listening to music that you could never tell anyone about. Things that if your date asked what music you like, you'd find a way to quickly egress. Things you'd never hear on the Radio, or that your parents will tell you are absolutely shit.

Genres we expect to cover range from Black metal to Electro-Industrial, Gothic Rock, Punk, EBM, Aggrotech, Ethereal, and so on...

We also like things that are very obscure and you'd never find unless Discogs created a "random artist" function, or similar. (-edit - Except Tenpole Tudor, it was new to us, anyway!)

A lot of things we post will be VERY weird, or have political leanings. This is also not a quality control blog, a lot of our articles will likely be awful music, but no music deserves to be unheard..

If you don't like us, skip the post or leave the blog. There's no need really to tell us, we don't care that much.